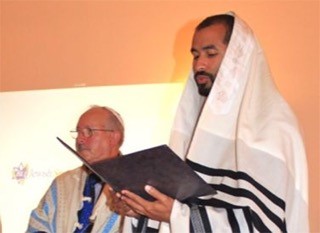 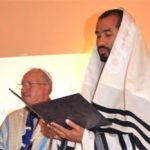 Is in his second year of service as rabbi at Congregation Ohev Tzedek – Shaarei Torah in Youngstown, OH. And he’s just started as a Coordinator for Jewish Life and Intersectional Programming at the College of Wooster.

Dario Hunter was ordained as a rabbi in 2012 by Jewish Spiritual Leaders Institute (JSLI). He has been serving as a volunteer rabbi at Ohio State Penitentiary since 2015 in addition to performing Jewish lifecycle events in the Greater Youngstown community. He is engaged in a number of community efforts, including serving as a member of the Youngstown City School Board and participating in the ACTION Clergy Caucus.

Rabbi Dario was raised in New Jersey and has previously lived in Haifa, Israel. He is a proud resident of Youngstown’s South Side.

In his work as a rabbi, he has a passion for outreach, interfaith dialogue, and increasing religious understanding. In his spare time, he loves to experience different cultures through travel.