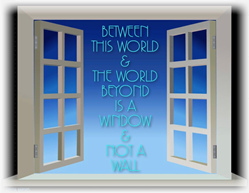 “Between this world and the world beyond is a window and not a wall.” Reb Simcha Raphael Ph.D.

The three-session online class was well attended and combined study of traditional afterlife texts with contemporary pastoral care. Reb Simcha synthesized Jewish afterlife teachings and traditional death rituals with recent approaches to the psychology of death and dying. The course goal was to delineate how Jewish teachings on life after death provide meaningful pastoral perspectives on end-of-life rituals, an expanded skill set for working with the dying and bereaved, and new ways of teaching and talking about afterlife. “Between this world and the world beyond is a window and not a wall.” Reb Simcha Raphael Ph.D.

Jewish Spiritual Leaders’ Institute is an online rabbinic and cantorial school developed by Rabbi Steve Blane that has ordained over 150 Rabbis and Cantors. The ordination of its 18th Class is scheduled for June.